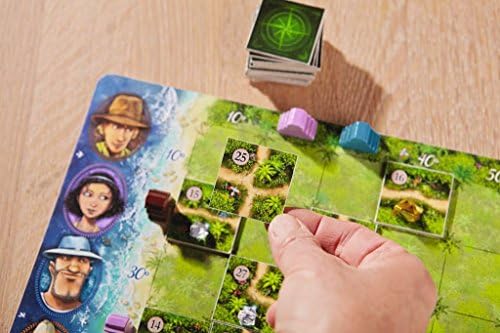 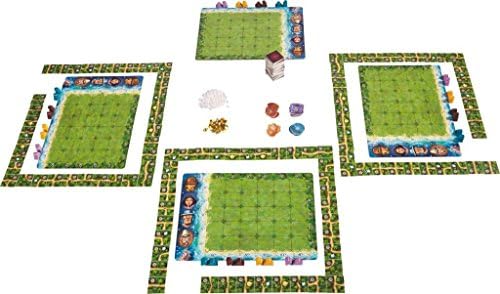 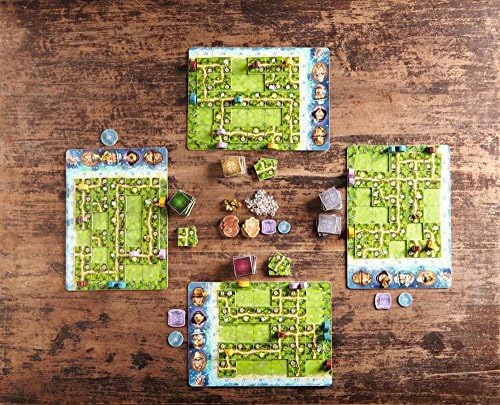 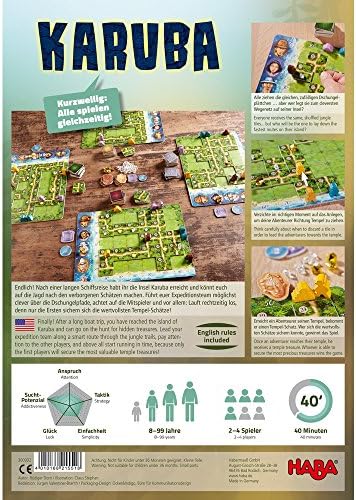 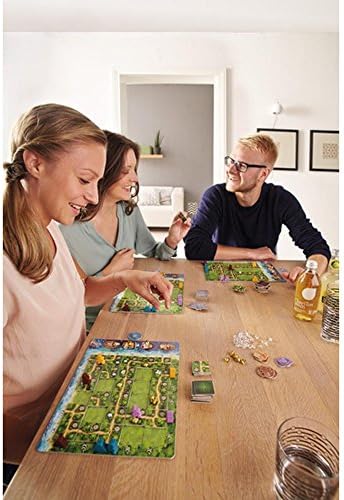 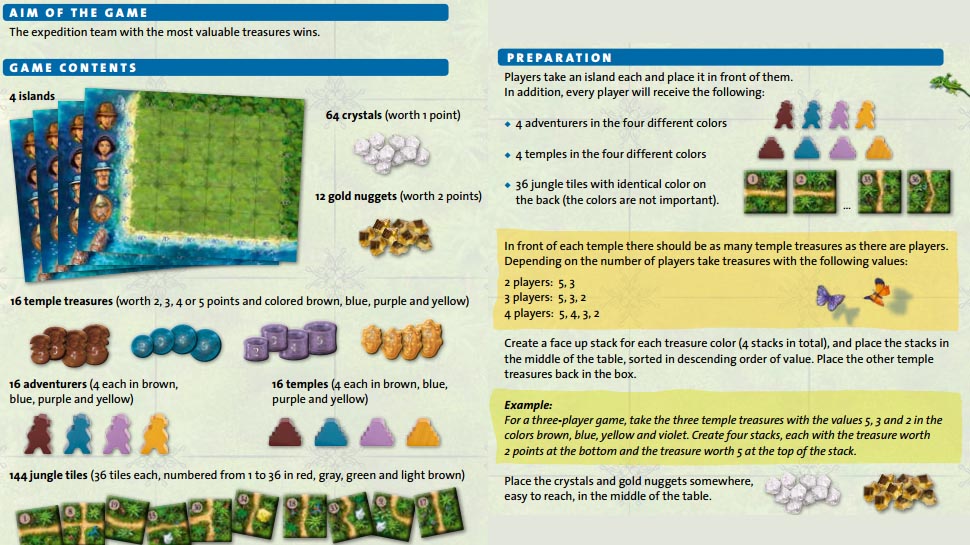 Many moons have come and gone since your boats departed on the journey to Karuba. Once you arrive on the island, each player will lead an expedition team of four adventurers. Now you just have to navigate your way through the dense jungle to make it to the temples. „Just“ may be something of an understatement; the ancient jungle trails have to be found and uncovered first! Hurry up and be the first to reach the temples to collect the most valuable treasures. Many paths have dead ends and you need to be patient to find the right/best way (through the jungle). Look! A gold nugget! You can pick it up and collect it, same applies to the shiny crystals along the paths.

Adventurer and temple
Before each game, players cooperatively decide where to place their adventurers and temples. 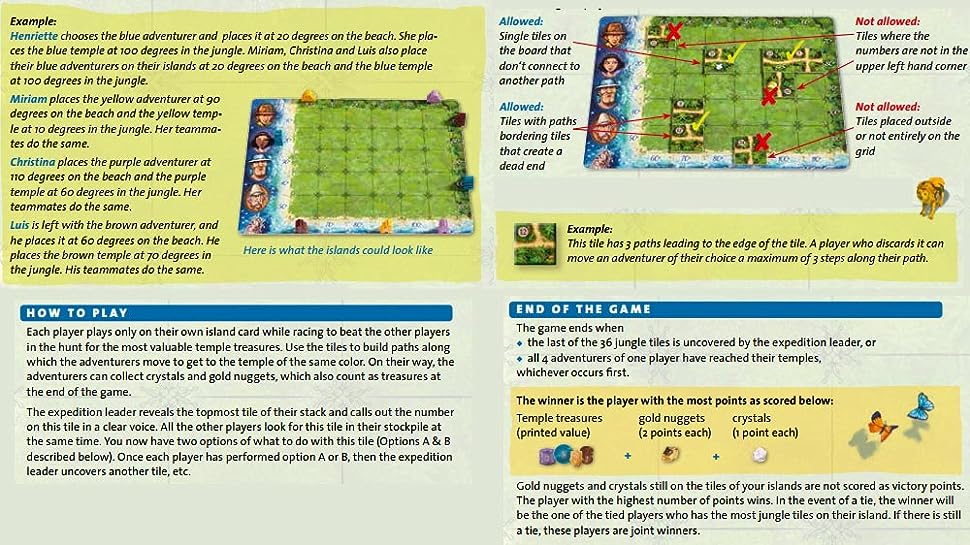 A. LAY TILE ON THE ISLAND
◆ You may only lay tiles on free fields.
◆ The tile must be placed so that the number is in the upper left hand corner of the tile.
◆ Tiles do not have to be placed next to other tiles, but placed be laid on any field in the island grid.
◆ You may create paths where tiles without paths border each other and thereby lead to a dead end. (See image)
◆ If a tile with a crystal or gold nugget is uncovered, everyone takes the appropriate item from the middle of the table and places it on this tile. At the end of the game you will receive points for crystals and gold nuggets collected by your adventurers during the play.

B. DISCARD TILE AND MOVE ADVENTURER
If you discard a tile, you can move an adventurer. This is how your adventurers collect gold and crystals, and how they reach the temple of the same color.
◆ For each discarded tile, you may move an adventurer as many steps, in any direction, as there are paths leading to the edge of the discarded tile (you may move 2, 3 or 4 steps, depending on the discarded tile).
◆ A step is always one tile forwards.
◆ Adventurers may only move along the paths.
◆ Only one adventurer may occupy each tile, and leaping over them is not allowed.
◆ At intersections adventurers may turn in any direction.
◆ Movement points may not be distributed amongst several adventurers.
◆ Movement points may be forfeited.

An addictive tile-based puzzle game for 2-4 treasure hunters ages 8-99. Game length: about 40 minutes. Simple to learn, while giving the player plenty of important decisions to make along the way.
Premise: A team of adventurers gets dropped off on the beach of a mysterious island and set off through the jungle to hunt for treasure, their ultimate goal being to ransack ancient temples.
Lay your tiles on a grid to form paths in a fast-paced strategy game, racing against other players to snag the loot first. The faster you are, the more points you earn. Every game plays differently!
Contents: 4 islands, 64 crystals, 12 gold nuggets, 16 temple treasures, 16 adventurers, 16 temples, 144 jungle tiles and 1 set of game instructions. Made in Germany.
Designed and written by Rudiger Dorn and Illustrated by Claus Stephan. Karuba has won a “Major Fun” Award and was nominated for Germany’s prestigious 2016 Spiel des Jahres award